After the death of his daughter Asia, Clifton Cottom found solace in putting his energy into coaching.  According to Clifton, “In the years following Asia’s death, I coached the girls’ basketball team, and it was great for me. It was a wonderful mentoring opportunity and one of the first steps in my healing process. I treated those girls on the basketball team as if they were my own. Many of them didn’t have a father in their lives, so I played what I called the ‘two-headed monster.’ I acted as their dad and their coach. It’s nice that their mothers were raising them, but they a father figure. If a young girl sees a positive male role model, she will also want a good husband and a good father for her children; it all ties together.”

Coaches have tremendous impact on the lives of children.  They can provide a positive force for good or a negative force that scars a child, depending on their actions. Coaches who exhibit unconditional love but also hold children accountable can create men and women who are strong, intelligent and hardworking adults.

This is particularly true for coaches like Clifton Cottom who work specifically with children who have few positive male role models in their lives. Children without a father in the home are statistically more likely to commit crimes or have behavior issues, but this does not have to be the case. Although there is no doubt that children are impacted by the lack of a father in the home, one good male role model, such as a coach, can make a tremendous difference and can give children the security they need from a father figure.  Similarly, a female coach may be the positive role model a girl needs or can give a male student some much-needed advice and wisdom.

It is sad that so much of what we hear in our society about coaches is negative. The news media is quick to pick up on a coach who encourages players to cheat or has an inappropriate relationship with his or her students. The media rarely focuses on the thousands of coaches who, day in and day out, mentor and take care of our children. How about a round of applause for Clifton Cottom and all the other coaches out there who mentor children and help them succeed every day! 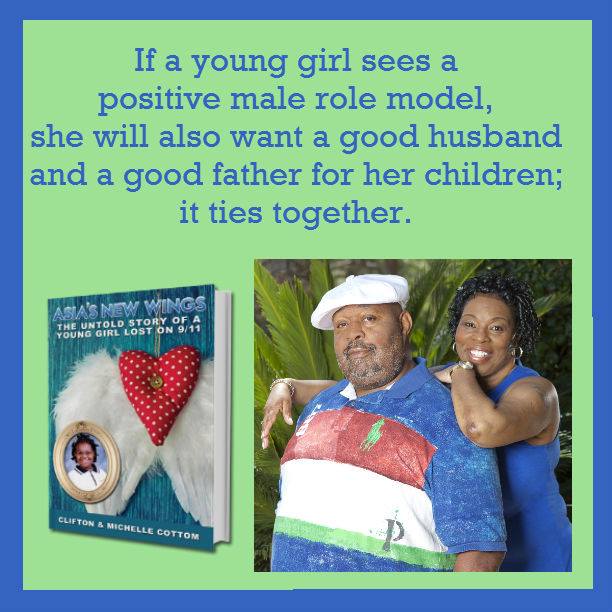